Doctors Against Causing Herxes - Do No Harm! 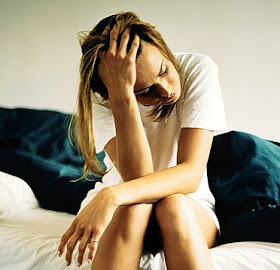 A herx is not just any worsening experienced for any reason while you are being treated for Lyme disease. People often say things such as, "I took a detox product and herxed badly" or "I took vitamin C and herxed." I have even heard people say they ate cheese, or used a laptop computer and herxed. None of these things will cause a herx. Simply having a worsening of your symptoms is NOT a herx reaction.

A herx reaction is purely a worsening from the killing of bacteria. Any other symptoms you are having during treatment for LD, from anything that is not an antimicrobial substance, is coming from metabolic disturbances the substance is causing in your body. If you take a supplement and have symptoms as a result, then you should let your doctor know about it, since every symptom is a clue to what is going wrong inside your body.

Herx reactions should be avoided at all cost! It is not a badge of honor. A herx is not to be desired. A herx is not necessary. Something is horribly wrong when we begin to expect, or when we are told by our doctor that the sign of good treatment is to feel horrible for years. Your doctor should work to restore the optimum integrity and function of the entire body, and detoxify the body at the same time has help the body get control of the bacteria.

The indication of good treatment should be that you feel better! While this cannot be guaranteed, especially in the profoundly sick individual, all efforts should be made by your doctor to minimize causing a worsening of symptoms...from a herx, the medications, SNP mutations, environmental toxins, or any other worsening.

You shouldn't need to suffer from worse and even drug-induced, new symptoms just from your treatment! Often the treatments are worse than you would have had from the disease itself!

The following are true stories, though the names have been changed. After taking a selection of popular natural antimicrobial herbal products often recommended by one of the Lyme community’s big-name herbologists, Sally awoke one morning not only feeling all of her original symptoms, but was horrified to realize that she could not swallow! She could not even swallow saliva, food, or water. She was rapidly losing weight and all of her previous symptoms were profoundly worse so she was admitted to the hospital. A feeding tube had to be put in to give her nourishment and liquids.

Over a year and a half passed before Sally could begin to swallow on her own. Doctors had previously diagnosed her with Lyme disease and informed her to expect to feel worse, possibly for years before feeling better, but Sally had not counted on feeling this badly!

Sally’s Lyme-literate M.D. (LLMD) started her on five different antibiotics in an all out attack to “kill the Lyme bacteria” at all costs…It cost Sally the use of her colon, which stopped functioning completely, and she now has the doctor-induced, new symptoms of Multiple Chemical Sensitivities, chronic colitis, asthma, fatty liver, hemophilia, a propensity to skin, sinus, and lung infections, and is confined to her home virtually 100% of the time…and she still has difficulty swallowing!

Sally can not believe that years later her health care team probably did more harm to her than the original Lyme disease would have.

Mary suffered from mild to moderate symptoms of Lyme disease so her LLMD prescribed the drug Rifampin. After being told by everyone from her doctor to many other people in her support group to expect to feel worse, she felt as do so many others that she could tolerate feeling a little worse if it meant she could feel better eventually. Her support group members would even swap “Herx Stories” all reveling in the one-ups-man-ship of who had the worst Jarisch-Herxheimer reaction.

After just two Rifampin pills Mary could not sleep, even for an hour, for seven days, and she felt like she was going to jump out of her body. The nerves from her head to her toes felt inflamed and like they were vibrating. To Mary’s horror she began to feel like she was suffocating, which caused her blood pressure to rise dangerously high for days on end. For many weeks the symptoms persisted and were joined by uncontrollable urination, severe tremors, and Mary had severe pain constantly throughout her entire body. She would watch the nerves causing her muscles to jump like they were going to come through the skin. Her eyes twitched in spasms that would force them to close, while her eyeballs thumped inside her sockets. Her LLMD calmly said it is just a severe herx reaction that can be expected in the treatment of Lyme disease.

Mary still has virtually all of these symptoms to this day.

These are just two stories that were submitted to me by caring individuals who desired to warn others away from doctors who don’t take meaningful measures to avoid causing severe herx reactions. I have personally heard thousands of these stories from people coming to my clinic, many who have suffered for many years, not so much from the illness, but from the medications.

There is a prevalent thought in the natural and conventional Lyme disease treatment philosophies that one should expect worsening of their symptoms from the conventional or natural antibiotic medicines.

Doctors often actually base the selection of their antibiotic medicines on whether or not their patient starts feeling even worse after starting their antibiotics! They feel the medicine must not be working if you don’t feel horrible. Shockingly, these suffering people or their doctor seem to never consider that they are quite possibly reacting to the medication and not truly experiencing a true herx.


I am here to tell you that you should RUN, not walk, from any natural or conventional doctor who tells you to expect to feel worse from their treatments. Virtually no other aspect of medicine functions with this mentality. A person goes to the doctor so that the doctor can help them feel better. I don't care what big name or fancy title a doctor has behind his name, nor how many books and TV shows they have been interviewed on, a doctor practicing this way is leaving a slew of damage in his wake!

After treating thousands of people with symptoms from chronic LD I cannot say that no one ever got worse, nor can we guarantee a person will only feel better from our more comprehensive treatment philosophy, but I will say that expecting you to feel worse and watching with anticipation of you feeling worse is never, ever the goal of a doctor who practices American Biological Medicine!

Although all doctors take the Hippocratic oath, promising to “Do no harm”, many if not most well-meaning doctors are purposely causing horrible suffering in their patients with Lyme disease. They have been taught, as many of you have been taught that it is just a fact of good Lyme treatment to cause worsening of the patients. I have seen many people who would fight to the death that a herx is a good thing…the worse the better!

I have to protest and I must passionately disagree because our doctors just don’t see it in practice, a practice that treats only the toughtest cases from all over the world…people who have often seen between 10 to literally 100 specialists and doctors before coming to our clinic. The suffering must end. It is barbaric to hold to the idea that it is necessary to make the patient feel worse and sometimes cause them permanent damage, and even drive the person to suicide when all it takes is a more supportive and carefully thought out treatment strategy.

Top doctors are telling their patients to expect to feel worse “for the next five years! After which they might start feeling better...but this is the best that medicine can offer you." Seriously run from these doctors!

Sally and Mary would now likely be willing to fight to the death to help stop anyone else from suffering as they have suffered!

The body of most chronic Lyme sufferers is extremely toxic to start with. If the doctor does not get the pathways of elimination open and working, the body becomes even more toxic when the bacteria begin to die and their toxins release.

In truth, a severe Herxheimer reaction is a sign of poor elimination pathway drainage, poor organ support, and if no efforts were made to do much more than kill bacteria then it is a sign of poor treatment by your doctor! The person with Lyme Disease has already suffered enough and does not need to go through a Herx just to prove they have Lyme Disease.

For more information on our clinic, Hansa Center for Optimum Health, in Wichita, Kansas, contact us at 316-686-5900 x1 or email patientcare@hansacenter.com. You can also visit our website at www.hansacenter.com.

*Due to the exhaustive time spent per day with each patient, and poor repayment history of insurance companies, we unfortunately cannot accept insurance assignment. We do participate in Care Credit, and accept all major credit cards. We will gladly accept insurance when our elected officials revamp the health insurance industry to cover all results-based care. We encourage you to vote with this in mind. Please call 316-686-5900 ext. 1, for current pricing for our economically-priced, All-inclusive 2-3 weeks intensive packages of care.
Biologix Center
Share