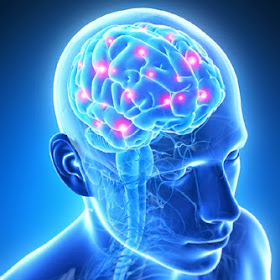 If you have Lyme disease, MS, ALS, Parkinson's, Autism, Alzheimer's, and other chronic conditions, you definitely have ammonia accumulating in your brain and body.

As the discoverer that Lyme spirochetes cause the accumulation of ammonia it is very validating to me that other scientists and clinicians have confirmed the finding.

Although many people have heard of Leaky Bowel Syndrome (LBS), few have heard of Leaky Brain Syndrome. I coined this term when I became aware of the damaging effects on the blood-brain barrier (BBB) from the accumulation of Lyme-induced ammonia in the brain. Ammonia in the brain is a primary cause of neurological and psychological hypersensitivity.

Ammonia in the brain alters the permeability of the BBB enabling larger molecules to cross, such as common amino-acids that normally would not be able to cross the blood-brain-barrier. When these random molecules touch the brain tissues they set up neuro-inflammation, hyper-reactivity and hypersensitivities to stimuli, such as environmental scents, chemical toxins, mycotoxins, metabolic products, emotions, and even changes in barometric pressure, moon phases, and geopathic stressors. Many people with these issues feel that they suffer from cerebral allergies, but cannot pin any one cause down.

Indeed, the presence of ammonia and the worsening of symptoms can be histamine mediated. If a person with Lyme disease (LD) is taking a medication that they are allergic to, such as an antibiotic, unfortunately the resulting worsening of symptoms is often thought of as being a Herxheimer reaction from the toxicity of the bacterial die-off substances. Unfortunately, our clinical testing reveals that the person is often suffering from a allergic reaction that is stimulating a histamine release. The histamine release exponentially increases the amount of ammonia in the tissues.

The people this histamine/ammonia complex affects the most are those with SNP mutations and those who have impaired methylation pathways. "If methylation is low and T cell production is low, then histamine levels tend to be high. Histamine is linked to inflammation, a contributing factors to leaky gut as well as allergies."

The symptoms of these cerebral allergies are unique to what part of the brain is being affected. Ammonia-induced Leaky Brain Syndrome is one of the primary causes of Multiple Chemical Sensitivities, Cognitive dysfunction, Chronic Fatigue Syndrome, MS, ALS, and a myriad of other chronic conditions.

There are only a few ways ammonia can become a problem in the brain. Severe liver disease is a well recognized producer of global or systemic ammonia. No one knew, until I discovered quite unexpectedly, that Lyme spirochetes could cause ammonia to accumulate in localized areas of the brain.

I first became aware of brain-ammonia problems in the late 1990's while treating a gentleman from England who came to me having been diagnosed with Lyme disease (Neuroborreliosis). Quite surprisingly, my testing revealed Trypanosoma gambiense as his primary microbial challenge. T. gambiense causes African Sleeping Sickness (ASS). Only after subsequent study, in Cecil's Pathology book, did I find that the symptoms of ASS are caused by the neurotoxic effects of ammonia produced in the brain by the microbe. Interestingly, the man said that for years he had told doctors that it felt like someone was pouring ammonia over his brain!

The severe debilitation of this man is what stimulated my discovery of Lyme-induce ammonia. His symptoms reminded me of many of my patients previously diagnosed with extreme Chronic Fatigue, Fibromyalgia, MS, ALS, and Lyme patients.

I started doing clinical testing for accumulations of ammonia in people with confirmed Lyme disease, and found that all of these people had localized ammonia accumulations primarily in the brain, heart, liver, and jaws caused by the bacteria Borrelia burgdorferi (Bb), the causative agent in Lyme disease. This is no small finding, nor is it easy to correct, although many will tell you of this or that supplement that will rid your body of ammonia. Most of these substances, such as L-ornithine and molybdenum, and various herbs do not seem to be able to clear the ammonia from the brain, or jaws.

I am pleased to say that over the last decade my findings have now been confirmed by many other doctors and scientists. (Ammonia)

It would seem that Bb release ammonia, which is converted to glutamine, by way of the glutamine synthetase pathways, leading to localized swelling of astrocytes (brain cells). This ammonia-induced glutamine accumulation may cause dysfunction of astrocytes that leads to impairment of vascular reactivity other than through a decrease in arginine availability for NOS leading to increased production of nitric oxide (Toshiki 2000).

It has been reported that many neurological problems are caused by either congenital causes in SNP mutations, or acquired hyper-ammonemia from various infectious agents or liver disease (Albrecht 1998).

Many of my patient previously diagnosed with LD have reported that brain MRI's found MS-type plaques on their brain. These plaques are likely from the increased ammonia from the Borrelia burgdorferi bacteria.

All of the ammonia-related pathological changes predispose these individuals to cerebral allergies, due to alterations in the blood brain barrier, subsequently allowing larger molecules, such as common dietary amino acids, to pass through to the brain. Neurotransmitter receptors and function is impaired and possibly the most common symptom – altered brain energy metabolism leading to cognitive brain dysfunctions, the total fatigue of the mind when forced to read, talk, or think for extended periods.

Direct Resonance Testing (DRT) was used to test for the presence of ammonia in the brain, heart, and liver of over 2000 previously diagnosed LD, MS, CFS, ALS, and other chronically ill patients; all patients were positive for ammonia over these areas.

Many other doctors have confirmed this finding using the Direct Resonance Testing. A Direct Resonance Test functions based upon the fact that every bend, rotation, or atomic bond of a given molecular structure, such as NH3, has a certain resonant frequency (Oschman 2000). When two substances similar molecular frequency come in close proximity to each other they will tend to vibrate "sympathetically" through harmonic resonance. (Allen and Cross 1963, Sauer 1995)

How to test for ammonia accumulation:

There is a Serum Ammonia and a urine ammonia test that can be performed by your doctor, however due to the fact that the Lyme-induced ammonia is not a systemic problem, but is in localized areas, the lab tests may not be as reliable to detect the presence of ammonia.
Direct Resonance Testing:

To perform a direct resonance test the doctor will need a vial of pure ammonia. A muscle strength challenge should be performed to identify a strong muscle, preferably using the deltoid muscle with the patient’s thumb pointing towards the feet. The muscle should “lock” or immediately be be strong when challenged, without being spongy. The doctor should use only the amount of force necessary to feel that the muscle being tested engages without being spongy. Once a good strong muscle has been identified, hold the vial of ammonia over various areas of the brain, testing to see if the previously strong muscle goes weak when the ammonia is held over any area. Due to the temporary neuromuscular interference caused by the harmonic resonance of ammonia in the vial with the ammonia present in the brain, the strong muscle will go weak. If the test is positive all over the body then there is more than just Lyme infection going on, since LD-induce ammonia accumulations seem to only affect the liver, heart, brain, and jaws.

I will be discussing treatment options in upcoming posts.


For solutions read this link.

*Due to the exhaustive time spent per day with each patient, and poor repayment history of insurance companies, we unfortunately cannot accept insurance assignment. We do participate in Care Credit, and accept all major credit cards. We will gladly accept insurance when our elected officials revamp the health insurance industry to cover all results-based care. We encourage you to vote with this in mind. Please call 316-686-5900 ext. 1, for current pricing for our economically-priced, All-inclusive 2-3 weeks intensive packages of care.
Biologix Center
Share