Are you Harboring Bacteria in your Teeth? 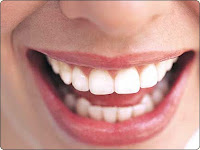 Are you Harboring Bacteria
in your Teeth?
By: Dr David Jernigan of Hansa Center for Optimum Health


If we see teeth for what they truly are they are one of the most crystalline entry points into the organ circuits of the body. In many people with chronic illness, after years of antibiotics and natural anti-bacterial remedies, bacteria have been found living in the gingival tissues around the teeth.


Bacteria and their toxins can enter every organ and tissue from this hiding place where antibiotics cannot effectively reach since it is not directly in the tissues of the body.

Even if you floss and brush your teeth religiously and use Listerine-type mouthwashes you are still missing up to 93% of the rot and food particles that have gotten jammed underneath the gum line…a bacteria wonderland to escape antibiotics.

While it is not necessary to annihilate every bit of bacteria in order to experience a complete restoration of health, eliminating these colonies of bacteria and putrefied food can completely take your health to new levels!

The favorite way to eliminate these bacteria hiding in your teeth is to use a Waterpik Waterflosser Ultra with purified water and a cap full of Thieves Mouthwash, the highly antibacterial/anti-viral/anti-fungal essential oil blend.

Thieves Mouthwash was tested in 1997 by Weber State University, et al. and shown to be highly effective against and incredible range of microbes. See the list of bacteria below that either Thieves blend or the individual oils found in Thieves have been effective at killing.

The name Thieves comes from the archives in England of 1413 during the Bubonic Plague that killed over 60 million people. When four thieves were caught robbing the homes of the death houses during the plague, the judge said he would go easy on them if they would tell the court how they managed to not get the Bubonic plague. For a lighter sentence the thieves gave up their essential oil combination that they put on their hands, ears, and temples.

Thieves Mouthwash is formulated with a revolutionary patented liposome technology (using soy-derived lecithin) that binds the essential oils to the mucus membrane inside the mouth. This amplifies the effect and enables the essential oils to remain in the mouth for extended periods of time for long-lasting germ-killing, while being nontoxic to healthy tissue.

By combining the power of this specific type of Waterpik and Thieves Mouthwash in the water these power oils blast away the bacteria and promote all the dental health promised by research.

This specific type of Waterpik (The Waterflosser Ultra) is 93% more effective than string flossing at improving gum health. It removes 99.9% of plaque in 3 seconds if used after a dental cleaning, and is guaranteed to result in healthier gums in 14 days.

Anyone who uses floss should smell the floss after having flossed. Often it will smell putrid revealing pockets of bacteria-ridden colonies.

Thieves oil blend is so effective that it has been turned into many different products from lozenges to toothpaste and household and hand cleaners.

* These statements have not been evaluated by the Food and Drug Administration. These products are not intended to diagnose, treat, cure, or prevent any disease.

Dr. David A. Jernigan is the founder of Hansa Center for Optimum Health in Wichita, Kansas. http://www.hansacenter.com
316-686-5900
Dr. Jernigan is also the President of the American Biological Medicine Association.
Share
Posted by Biologix Center