How to Beat Any Bacterial Infection: The Human Rife Machine 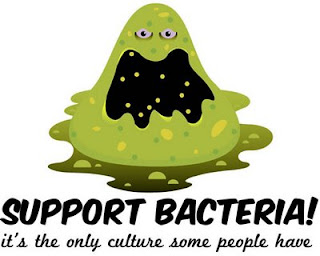 Any doctor who does any type of sensitive testing, such as Direct Resonance-type muscle testing or Electro-Dermal testing, knows that only the most active/problematic bacteria and body issues will be detectable on these tests.

It is interesting that according to research the healthy human body has between 1.5-2 QUADRILLION bacteria and approximately 1000 different types of bacteria at all times! Let’s put that into perspective. There are only 100 trillion cells in the human body. There are 1500 trillions in 1.5 quadrillion. That is a lot of bacteria!

With over a thousand different types of bacteria living synergistically in an optimally healthy body, then health is definitely not determined by the presence or absence of bacteria!

If bacterial overgrowth is a symptom and not the cause then just what is the cause and how can the cause be addressed?

Let’s get back to doctors that do sensitive testing. For those of you that don’t understand Direct Resonance muscle testing or Electro-Dermal testing, these are tests that a trained doctor can perform to help identify the presence and electromagnetic frequency of pathologies, such as specific types of bacterial overgrowth. These tests are used when all conventional blood tests have found no significant issues and yet the patient is obviously sick. These tests can often detect the primary problems in the body and help eliminate some of the guesswork in the treatment room.

Although the doctors who do these tests can scan for hundreds of types of bacteria, they will usually only find a few primary types of bacteria that are overpopulating in any given patient.

So the question remains… If there are always 1000 types of bacteria in the body, then why don’t doctors doing these incredibly sensitive tests detect all 1000 types of bacteria? The answer is not so obvious. The human body, when in optimum functional integrity, produces electromagnetic fields that contain complex, subtle EM frequencies that suppress bacterial and microbial overgrowth.

The muscle testing (Applied and Clinical Kinesiology) and Electro-dermal testing only identify the types of bacteria that have opportunistically thrived when the EM frequencies, which would normally be transmitted by the healthy body, have been blocked due to various stressors affecting the body.

Doctors who are doing these tests will detect problem frequencies (in this case, bacteria) in the electromagnetic fields of the patient’s body, and through the sensitive testing will identify the inverse frequency, in the way of a remedy. The remedy doesn’t kill the bacteria directly as in conventional antibiotics, but provides the missing biological frequencies that normally prevent the bacteria from reaching a disease state as well as effectively canceling out the problem frequency. The bacteria then die essentially from what I call the “Rife-Effect.”

In summary, we are a walking, talking microbial soup. Bacteria outnumber human cells 10-20 to 1. Even sensitive tests will only detect the frequencies of the types of bacteria that have overpopulated, due to a breakdown in the normal electro-magnetic frequencies of the body that keep the 1000 different types of bacteria found in the body in check. A well-selected remedy works because it restores the body’s ability to produce the missing bacteriostatic (bacterial growth-inhibiting) frequencies.

This healing philosophy is diametrically opposed to conventional and natural antibiotic treatment philosophies, which seek to kill the bacteria based upon what will kill bacteria in a laboratory Petri dish. This also explains why the formulas I have developed confound herbologists who strive to determine why they work, since none of the herbs in formulas have any direct anti-bacterial effect.

Treat the bugs and more bugs will follow. Treat the human condition and health will follow. Choose your healing philosophy carefully. It is a myth that you will be well when your doctor can figure out how to kill all of the bacteria.

Obviously conventional antibiotics can suppress bacterial overgrowth to a certain degree, at the expense of damaging other systems of the body, but true lasting health will not be yours to enjoy until your body can control the bacteria for itself. Share
Posted by Biologix Center

Is keeping your immune system in top shape the best way to go?