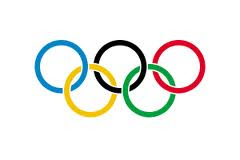 (A good read for any parent who dreams of a college athletic scholarship for their child.)

The tall, lanky, thirteen year old girl lay on her back on the treatment table for a mandatory school Sports Physical. “She’s a really gifted swimmer!” Her mother proudly informed me.

Like so many other teenagers with dreams of someday going to the Olympics, this girl was just a good athlete, desiring to become great. Like so many other athletes I had treated, almost every electrical circuit in her body was blown!

This was manifested by how every major muscle was weak when tested individually. She was amazed, since she thought, like her parents and coach, that she was the best because of her strength! All she really had was a perfectly shaped body for her sport and good technique.

Because she was generally able to win most of her local swimming competitions, she was complacently unaware of how every major muscle was only working at about 40% of maximum integrity because of the circuit problems in her body. It was easy for her to be a big fish in the small pond of her athletic world of high school competitions. However, forty percent muscular integrity would not get her much farther than high school!

“It isn’t a problem with not working out enough.” I assured them.

It is because of circuit problems in the body. “One can work out, and even make strength gains, but it will still be only about 40% of what should be available. “Imagine how fast you would go having 60% more integrity in the muscles!” “I can help get you there and keep you there so that you can have the best chance of reaching your goals.” I said.

In a circuit in the body you will find the following all sharing a somewhat dedicated electromagnetic circuit… one organ, gland, certain teeth, certain nerves, joints, and certain muscles. For example, the front two teeth on the upper and lower jaw sit on the same circuit as the kidneys, ears, pineal gland, and the psoas muscles on both sides of the body.

The key to understanding how important these connections are is that any problem anywhere in the circuit will cause everything on that circuit to “blow”, much like overloading the electrical circuit in your house. Everything on the circuit will suffer the same fate! So in the above example, if the tooth has a bad infection or is being affected by a large silver amalgam filling, or even a bad root canal, it will “blow” the energetic integrity of everything else on that circuit, and the psoas muscles will reflect the problem as a loss of strength.

Athletes depend upon their muscles to ultimately perform and excel in their sport. Few people understand that it is not enough to simply exercise a lot. Not if you want to become a truly world-class athlete.

In the same manner that we have used this new technology to virtually instantly “cure” people who have been paralyzed and others who have not been able to walk for six months, we have been able to turn good athletes, such as this teenager, into Nationally-ranked athletes who eventually qualified to compete to go to the Olympics!

Once the circuits of the body have been “turned on” again, one can reach their maximum potential in all aspects of life. The only way to do this is through properly where the problems lie in the circuit and correcting them.

When asked “How can you get these amazing results so quickly?” I answer with, “When the circuit in your house blows, how long does it take the lights to come back on once you have flipped the switch back on?” “Instantly!”

Circuit Healing is a relatively new, but scientifically sound healing concept that could turn your Olympic-hopeful to an Olympic-bound athlete! Share
Posted by Biologix Center