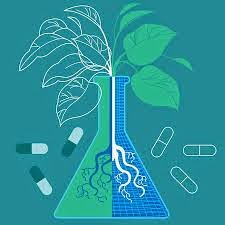 This is an article about contrast and shifting perspective.

I read a comment on Facebook from a gentleman essentially slamming the Hansa Center. He had not been here as a patient, he had only driven by our building, so it puzzled me why such as strong reaction on something he knew next to nothing about. It amazes me when people are so ugly about doctors striving to help facilitate healing using natural methods. It seems like these people think the doctors are all charlatans and snake oil salesmen, and of course there are some bad ones out there on both sides, medical and natural. Pseudoscience is often screamed by those with pseudo-intelligence to justify their narrow view of the issue.

When I think about the philosophical differences of mainstream pharmaceutical versus natural methods, the two are extreme polar opposites of each other. These extremes in treatment philosophy must create the polarization of opinions. Both mainstream medicine and Chiropractic medicine receive almost the exact same training, use the same textbooks, and can perform all the same lab tests, yet where the rubber meets the road, and where the two treatment philosophies part ways is in each one's view of what the goal of treatment should be.

If you stop any M.D. on the street and ask them how they would treat a certain symptom, they no doubt would easily rattle off the top of their head a selection of pharmaceuticals that would address that symptom. If you stop any D.C. on the street and ask them the same question, they would not hesitate to answer with likely structural and functional possibilities with potential treatments that would work to restore the body's optimum function, not just suppress the symptom.

You might say, "So what?" Well doctors that practice natural types of healing, such as Chiropractic Medicine are being harassed by their State Boards and by watchdog groups, because of this contrast in treatment philosophies.

So while I am contrasting mainstream medicine and natural medicine I want it to be clear that both systems can coexist without malice.

By mainstream medicine's own admission, 88% or more of pharmaceuticals treat only the symptoms, which supports their primary goal, the suppression of symptoms. If you have knee pain, they will have you take a painkiller. If the knee is swollen, you are given an anti-inflammatory shot like prednisone. If you have seizures you are given anti-seizure medicine. If you have mood problems then you are given mood-enhancing drugs. If you have cancer, or any other chronic illness you are automatically given the cookbook recipe of pharmaceuticals that best suppress the symptoms, with very little thought by the doctor for seeking out in each person, the unique problems that are actually causing the illness. The period of time that the drugs suppress the symptoms is called remission. Remission is temporary, since the cause of the symptom remains, and the effect of the medicine wears off.

Contrast that to doctors using natural healing philosophy, who are highly trained in post-graduate studies to work to restore the functional integrity of every tissue and system in the body, through natural means, who use the same lab tests, MRIs, and special tests, but in the end work to correct the functional issues causing the illness. Not just with vitamins and nutraceuticals, but with their hands, and with numerous techniques and therapies that are designed to work synergistically with the ultimate goal of facilitating the restoration of what is optimum in the functioning of the body. If the doctor is successful then the symptoms are not suppressed so it is not "remission." The cause has been resolved and the symptoms should not return.

When a doctor doesn't have symptom-masking drugs to fall back on, such as the doctors at the Hansa Center for Optimum Health, it forces them to look deeper, to truly take each individual case as a unique situation, and seek to find the root causes of the symptoms. The ideal doctor is not one who specializes in drugs or diseases, but one who understands disease processes inside and out, yet specializes in restoring what is optimum so that the functional integrity of body can be restored, leading to a restoration of health.

There is another huge contrast these people bring up almost in the same breath, and that is to proclaim natural medicine to be outrageously expensive. I wonder if they truly ever had to pay cash for their mainstream medical care. One night in a hospital, "for observation only", meaning essentially someone will check your vital signs two times in the night, will cost around $6000. I know, since I had to pay it for "observation" with a family member. When I contrast this with the huge amount of functional, restorative work one can get done in natural medicine for $6000, it is appalling to me that people, such as the gentleman I mentioned earlier, think we are expensive. In 20 years of practice I have heard from thousands of our patients that they had often already spent over $100,000 out of their own pocket, above and beyond what their health insurance paid, in failed mainstream medical testing and treatment.

The Hansa Center for Optimum Health is unique in that we don't specialize in treating named diseases. We specialize in applying the best of science we can find, to help restore the functional integrity of the entire body. Almost 100% of our patients have chronic, previously non-responsive symptoms from every type of illness, and they have already run the full gamut of mainstream medicine with minimal improvement.

There is often nothing left for these people in the mainstream or pharmaceutical realm. They have been told everything from "It is all in your head" to "You are stuck with this illness and there is nothing anyone can do for you, go live your life the best you can."  If this were your beloved wife, daughter, son, father, aunt, or best friend, and you had to watch them struggle 24/7 and you sat with them and cried with them, and then were told they were just "making it up" would you agree that the best thing is to surrender to the illness, or watch while new symptoms arise just from the symptom-masking drugs?

Even for those who might be reading this and saying, "I am so much better thanks to pharmaceuticals," I would say great, you might be the 12% of people whose pharmaceuticals were treating the cause of the illness and not just the symptoms. If you are "better" but having to take a drug to keep that going, it is only covering up the symptom, then you will have to "pay the piper" eventually when the drug quits working. Underneath the drug, the cause of the symptom is likely worsening.

We would not be busy if we did not help the vast majority of these people. Word of mouth is our best "advertising" for the last 20 years. I am not saying we are the end all of end alls, nor am I saying that can we completely restore everyone. It comes down to contrast. How do you want to be treated? The contrast is, do you go to a doctor whose job is the easy task of masking the symptoms, so he tells you that, "No one knows what is causing your illness, so be happy for the drug I'm giving you," or should you go to a doctor who will work very hard to dig down to figure out all that has gone wrong, and will work to use only the most effective, natural ways to help restore everything that has gone wrong in the structure and function of the entire body?

When it comes to covering the cost of doing business, we are not like many mainstream doctors and hospitals that rely on networks of referring doctors and promise of insurance companies paying the bulk of the bill.

Essentially many people always want the best facilities, the best trained doctors, the best healing therapies, but if they have to pay for anything out of pocket, it is highway robbery, and the opinion is often that doctor is "taking advantage of sick people." I would readily accept insurance coverage for our care if the insurance companies would actually pay us as they were contracted to do. Unfortunately, the insurance system is primarily set up for the mainstream model of medicine. Insurance will not pay us in a manner that allows us to afford even the basic overhead.

I know I am not going to change the minds of many of the people who viciously despise natural medicine. I want to just provide a little contrast...to maybe blunt the poison darts they throw out there on social media. Share
Posted by Biologix Center

I suffered from chronic and severe joint inflammation and have had both my knees replaced and one of my hips. All of this started when I was in my late 40's -- no doctor seemed even remotely interested in why my joints were failing at such an alarming rate and at such a relatively "young" age. An orthopedic surgeon told me that "they'd just keep fixing the joints as they broke down." I finally found a functional medicine doctor who has helped me get to the root cause of all the chronic inflammation. Here I am, about 6 months later and no longer have to take Celebrex on a daily basis (saving me about $1200 per year). I no longer take cholesterol/statin drugs and only take a tylenol occasionally. I find it disheartening that conventionally trained doctors have no interest in their patients other than to push a pharmaceutical prescription at them and then get them out the door.