Hansa Center: One of the Most Innovative Healing Centers in the World! 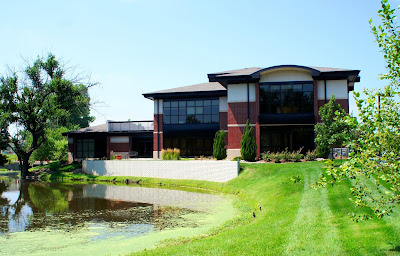 History of the Hansa Center ~ 20 Years of innovations!


People who have never been to the Hansa Center for Optimum Health often have a difficult time understanding why the vast majority of people posting online about their results, are overwhelmingly positive, almost overboard, in their praise for the experience. We have even had people accuse us of somehow, scrubbing all the posts off of the internet that were negative! I don't think that is possible, but if it were then we wouldn't bother, since we are passionate about providing the best care we know how.

After 20 years and over ten thousand people treated, and hundreds of thousands of individual treatment visits, we know that we can often achieve better results than any other clinic/hospital that previously treated our patients. Why do we passionately know this to be true? Because the majority of health care delivery systems use the same basic minimalistic testing and treatment philosophy.

Of course there are those that still don't respond to our treatments. Thankfully this is a very small group, since we can help the vast majority who come. In one in-house case review of any type of "incurable" cases, 85% of the previously unresponsive symptoms improved, and 45% disappeared within the first two weeks!

It is this group of people, the ones who didn't get the healing that they and we wanted, that keep our doctors up, burning the midnight oil, studying and ultimately innovating new ways of testing and treating!

When a doctor specializes in the absolute toughest cases, it forces the doctor to learn things that the easier cases would never have stimulated. From almost day one of graduation in 1995 I had people who told me, "Doctor Jernigan, my doctors tell me I have two weeks to live. Please help me! They won't treat me anymore and told me to go home and settle my affairs."

This is pressure! When you are scrambling to do what no other doctor thought of to do, to get to the bottom line issues...IN A HURRY...you don't just put the person on some good sounding remedies and cross your fingers! You dig, and search, and innovate new ways to do things to stop the illness, and at no point do you, as the doctor, say, "This isn't in my job description!"

I have often called my patients my "Humpty Dumpty Bunch" since "All the King's horses, and all the King's men couldn't put them back together again."

Humble Beginnings:
For my first 14 years of practice I never had a sign for my clinic, since initially I couldn't afford the one I wanted since I had just graduated and was just a poor doctor, fresh out of college and unproven. Then after some amazing initial successes with some very difficult cases, I was very busy from just word-of-mouth referrals of happy patients, and that is still to this day one of our best source of new patients...happy people telling other people!

The Hansa Center started with very humble beginnings. For the first seven months of opening my practice, my family lived in a back room of the clinic and slept on a mattress on the floor. We lived and ate at the clinic with two of our children, one was 2 years old and one was just born. We all took baths in the sink! Shockingly, the banks didn't see us as anything other than a bad risk, so we opted for a better clinic, instead of a house or apartment! It was a bit difficult, as you might imagine, to represent that we were the best option for seriously ill people, as our babies were often walking around the clinic in diapers...or nothing at all!

Thankfully, we gradually kept putting our patient care first and improving our treatment and testing options to get even better results, above everything else, and we dug out of those difficult days and now we have the largest, results-based clinic, that specializes in the treatment philosophies of Biological Medicine in all of North America.

After my training in Germany and Switzerland, having seen what beautiful healing centers they have over there, I set out to set up my clinic in the same way. This was not to boost my ego, but to provide the most powerful healing environment I could for my patients. One might say that they don't need a nice building, but every aspect of human experience plays into healing, including having the best facility, best-trained staff and doctors, and best testing and treatment options.

We now have what I call my "Dream team" staff at the clinic! There are 20 support staff and therapists and five doctors who are all maximally trained in the systems I developed over these 20 years! Each and every staff person and doctor were hired because they demonstrated great knowledge and wisdom, and most importantly, they still had their heart intact! Our staff love caring for people and creating the most supportive and healing experience for every person who comes to "our house." We have created a healing environment where you feel like you are in our family, protected, nurtured, and supported. People have often said they have never seen a better run facility and a more cohesive team!

Over the twenty years of treating only the toughest cases, I realized that illness was not ever just one thing that had gone wrong in the body. Nothing happens in the body without the entire body, mind, and spirit being affected. The longer a person had been developing their ultimate illness situation, the more the entire human condition had to be individually and collectively addressed.

I became convinced, and remain convinced, that in order for rapid healing to occur, no matter how horribly sick you are, we must start really addressing the entire human condition, NOT in a general balancing sense, but with hundreds of types of very strategic testing and treatment innovations. This is what made us masters at powerfully addressing every aspect of the body, mind, and spirit on each and every office visit! Each and every doctor at the Hansa Center has mastered all of these innovations.

You might be asking, "What innovations have you developed over the last 20 years of treating people who no one else could help?"

First let me say that all innovation springs off the research of previous discoveries by other scientists and clinicians. I was blessed to have trained with some of the greatest minds in the healing arts and science, and was therefore able to start my practice where they left off. One of these great scientists was Dr. Delta Gier, Ph.D., actually a three time Ph.D., who was an acting chemist at the age of 14 and worked with Albert Einstein for 7 years. So I credit much of what I have been able to do to these giants. I also credit my Heavenly Father, to whom I would constantly pray what I call the "Prayer of Solomon", who asked God for greater knowledge and wisdom, above all else. So many of my innovations were simply inspired ideas that came to me as I was treating some tough case. I thank God for this!

The first thing I developed was BioResonance Scanning ™ the science of which I published in this peer-reviewed scientific article at this link. This has been the biggest discovery of my career! BioResonance Scanning (BRS) in a nutshell is a way to dynamically test and treat all in one functional system.  Like so many things, there are other technologies that are also called Bioresonance machines, devices, and such, but none come close to what I developed almost 20 years ago. Innovations and improvements on BRS have continued to this day and enabled our doctors to always know what is going on and how to facilitate the body's systems so that the body can rapidly repair itself, whether the problem is coming front the body, mind, or the spirit. BioResonance Scanning is an adjunctive system that takes a lot of the guesswork out of doctoring. It can help our doctors determine what the best remedy or treatment is, how much to use, how many times a day is the remedy needed, and even how long the remedy should be needed. It can also help the doctor determine if you are going to likely be allergic, toxic to a remedy BEFORE you have even put it in your mouth! BRS can do so much more, but that would require it's own book! :)

BioResonance Scanning enabled me to make many discoveries about various illnesses, some of which I have written about in published books and articles.  The following lists some of these firsts, publications, and innovations: