Lyme Disease is an enigma to everyone, something that baffles understanding and cannot be explained. 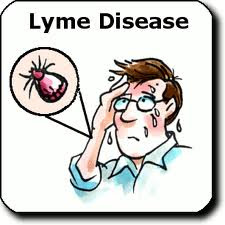 The question has been asked as to when Lyme disease first arrived in the population.
Of course there is the well-known discovery of Borrelia burgdorferi spirochetes in the 80’s, but many doctors know that it has been around for a very long time, though it was called different things based upon what symptoms a person was having.
It is interesting to this author that medicine has been chasing one “bug” after another in the attempt to nail down exactly why this is one of the most prevalent diseases on the planet.
At first these same people were told their primary cause for their symptoms was
diet related, and many doctors ran to place their patients on restrictive diets. Next came Candida yeast, and every doctor ran to treat his or her patients with anti-yeast products and yeast cleanses.

When that ultimately didn’t work, doctors learned of the prevalence of parasitic infection in many people and yeast was dropped and anti-parasitic protocols were the rage. Still many people were left still sick. So virus’ were then blamed for all the symptoms and exotic treatments were developed to eliminate Epstein-Barr Virus and Cytomegalovirus, and others.

Once Lyme disease was identified as a bacteria spirochete, everyone ran to antibiotics with the promise of annihilating these bugs and delivering a cure finally. The full gamut of prescription antibiotics often still did little to relieve the suffering in the long run.

Eventually a string of “co-infections” were identified and Babesia microti, Ehrlichia, and the cyst form of Borrelia were added to the most-wanted hit list. This lead to more drugs but often more symptoms as well as the drugs wreaked their havoc of the bodies of the hapless victims of this bug hunt.

Human-Herpes Virus-6 and Bartonella bacteria were added to the hit list and soon it was all out war against everything from yeast to Bartonella, not to mention swine flu and every other bug that might wander by into the crossfire of the anti-life (anti-biotic) war.

Bugs, bugs, bugs, and more bugs! What is next and when are we going to learn that killing bugs most often does not lead to a restoration of health?

While antibiotics have historically and still do save lives in certain situations, it would seem that in the conditions generally lumped together as Lyme Disease, that killing more bugs is not the answer!

We definitely know that it is not the absence of symptoms, since feeling good is no guarantee of being healthy. We also know that everyone has Strep bacteria and a myriad of other bugs in our body even when we are symptom free year after year.

True healing can never occur by simply masking the symptoms. And if the bugs are excessively treated without resulting in lasting health, then we know they too are a symptom of underlying problems.

True Healing is the product of guiding and facilitating the restoration of integrity of every aspect of the body, mind, and spirit through thoughtfully applied physical treatments, natural medicines, and therapies, as well as through teaching and coaching one back to optimum health on all levels.