The Dark Side of Taking Medicines. 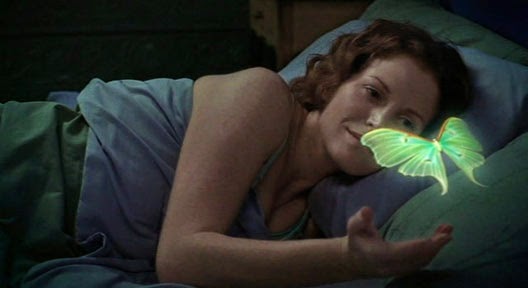 The dark side of taking medicines.

One of my “All-time” favorite newspaper cartoons pictured a doctor handing a patient a bottle of pills. The caption read, “Take one of these…and if you wake up in the morning, take another!” All humor aside, I want to pass on a medical truth that very few doctors even realize.

Every natural and pharmaceutical medicine’s primary side-effect is also its primary action!

The longer you take a medicine, the more symptoms will begin to appear as a result of the "proving of the medicine," even if you only took the medicine at a low dosage.

The word, "Proving" in this medical context, is a homeopathic medicine term. For over 200 years, in order to determine what a new medicine will treat, homeopathic researchers give repeated doses of the homeopathic medicine to healthy test people, and document very carefully what signs and symptoms begin happening as a result of taking too much of the medicine.

By "proving" a remedy in this way they can know that the symptoms that the medicine will cause in a healthy person, the remedy will actually fix in a sick person with those same symptoms.

If you listen to the television commercials about various drugs they will tell you at the end of the commercial that the primary side-effect of the antidepressant is depression, severe depression, and suicidal tendencies...the worst type of depression.

The truth is that even if a medicine is perfect for “curing” what is wrong with you, as it is fixing things in the body eventually you reach the point where the correction is complete and you should discontinue the medicine.

If you continue the medication beyond the point of it being needed by your body, you literally go through the correction and out the other side and you will start manifesting an drug-induced, energetic “computer virus,” that causes many of the same symptoms to reappear again.

If pharmaceuticals were a real solution to health problems you wouldn't need to take them forever...risking the very predictable "side-effects" of having taken the drug too long. Just say no to drug-induced illusions of health.

The vast majority of people who are dependent upon pharmaceuticals, wouldn't have needed them had they been treated by their doctor using the latest advances in American Biological Medicine from birth. Real change in health care will only occur when the public as a whole decides they don't want to cover up their symptoms anymore with pharmaceuticals.

True healing never seeks to mask symptoms, since that would defeat the whole point of...truly healing.

If you live outside (or inside) of the State of Kansas and are considering coming to the Hansa Center...you are not alone...over 90% of our patients come from other
states and countries. Talk with Kara, our wonderful and compassionate Patient Care Coordinator, directly by calling (316-686-5900), or have a private live chat on our webpage (www.HansaCenter.com) and let us help you get here.
Share
Posted by Biologix Center