A Doctor's Journey From Illness to Health 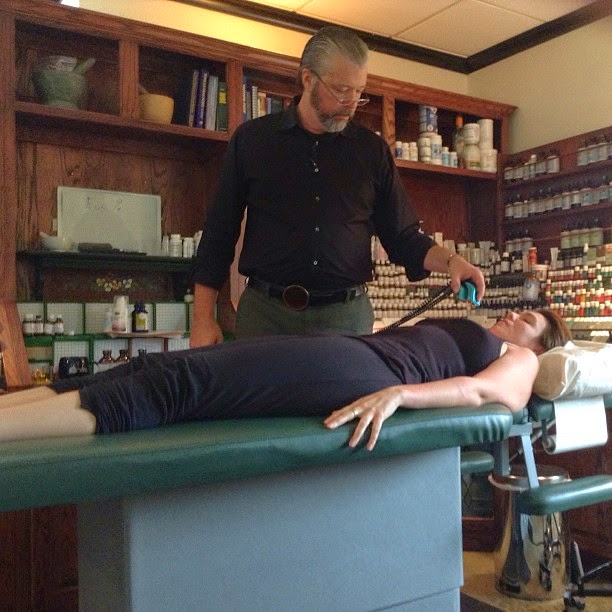 My Story by Dr. David Jernigan

Through the years, thousands of people have come to my clinic, thousands more have read my books, and yet very few ever knew the health adversities I have personally experienced in my life. So few knew of these challenges I have faced because, after years of working on restoring my own body, mind, and spirit, I am blessed to enjoy virtually perfect health almost all the time now. The health problems I have weathered have been like signposts guiding me towards not only greater health, but also to greater maturity on all levels. As you read my story, I want you to know why I am so passionate to help all who come to the Hansa Center. It is because I have definitely “Been there, done that!” and have recovered near perfect health time after time…and so can you!

I grew up mostly healthy and doing hard work. In my late teens I cleared land, cutting trees for a housing development, and sometimes putting medium-sized trees under my arm and dragging them to a pile. Older men would shake their heads and say, “You really shouldn’t do that to your back.” But what did I care? At 6’7” tall, it felt good to be strong. Within a year, my back began to have periods of paralyzing pain.

I didn’t know “what I wanted to be when I grew up,” so I just did what sounded like fun until it wasn’t fun anymore. All of my fun involved very strenuous jobs. I worked on seven different riverboats on the Mississippi River, and I worked on oil rigs as a roustabout in the Gulf of Mexico for over a year; that is when my back really first gave me a wake-up call. I was flown by helicopter to a hospital, unable to stand or walk. It was to be the first of three times in my life where I didn’t know whether I would ever walk again. The last time, while in the U.S. Air Force, the doctors thought I had broken a bone in my back.

I smoked cigarettes throughout those 11 years “just socially.” I would not smoke in my house or car, and never when I was dating someone. I sometimes went weeks without a cigarette, so I never thought I was addicted…until I really tried to quit! In the midst of severe life stress, I began to develop difficult respiratory infections that ultimately led to two bouts of severe pneumonia, and doctors literally saved me at the brink of death.

I spent thirty days in a military hospital after a grueling surgery to remove benign tumors along my spine. This was followed by thirty days of drugs (morphine) to quell the post-surgical pain. It was 90 days after being released from the hospital before I could work out, which was made more difficult by the 45 pounds I gained in the previous three months of immobilization.

In the late 1990’s, Lyme Disease entered my life with chronic fatigue, brain fog, cognitive dysfunctions, joint pain, muscle pains and twitching, and the most disturbing symptoms – heart arrhythmias and palpitations. Fresh in my mind is the memory of lying in bed at night and feeling my heart seem to make huge rolling movements inside my chest. It would beat hard and erratic and then stop completely! I would reach up and feel the carotid artery in my neck and see if it really wasn’t beating—it wasn’t--and then it would race and flip around again. At one point, after facing many nights of wondering if this night I would die, I decided dying was not the worst thing that could happen. Not that I wanted to die, but after facing the possibility night after night, it just didn’t hold the fear it once did.

Other family members tested positive for having Lyme spirochetes as well, and one was so sick that he could barely get out of bed for months because of the severe pain and neuropathies. Later on, my oldest daughter’s legs became paralyzed from West Nile virus in her spine, thankfully to be ultimately miraculously healed!

I was thrown from my horse, breaking the same ribs that I had broken a few years before, while trekking through the jungle 1850 miles south of the Mexican border. From the horse incident I also fractured my pelvis, wrist, and suffered from whiplash. Six months of periodic literal screaming agony passed before natural medicine treatments completely restored me to no pain or even any symptom at all.

Do I understand some of what you are going through?

Do I know you can gain greater health than you had before?

Yes, I am living proof of the power of American Biological Medicine!

My life is dedicated to helping you achieve the same or better! Come let us help you today.
Share
Posted by Biologix Center

Great post. Its very interesting and enjoyable. Its must be helpful for us. Thanks for sharing your nice post.
disable people
famous disabled people

Wow, Excellent post. This article is really very interesting and effective. I think its must be helpful for us. Thanks for sharing your informative.
mentalist