Are your muscles tight and painful due to low body temperature? 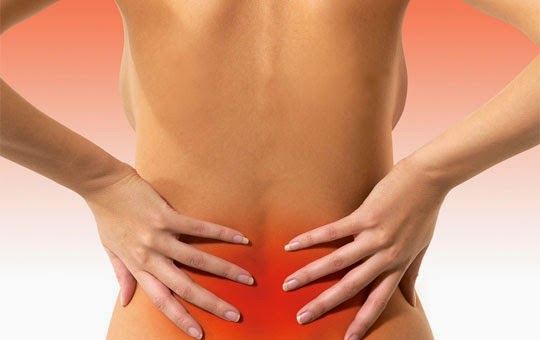 The body is set up with dedicated electrical circuits all of which are interdependent and interconnected. A circuit in the body has a specific organ, gland, teeth, muscle, and nerves. If anything goes wrong in one of these organ circuits the circuit energy goes down approximately 60% of normal.

The laws of thermodynamics state if we decrease energy we decrease temperature. Due to the interconnectedness of all the circuits, one circuit in the body cannot go down without ultimately affecting the whole.

In the 50,000 miles of blood vessels, the cold thick blood is more difficult to flow through the veins and arteries. Arteriosclerosis, the progressive hardening of the arteries, and the clogging of the blood vessels is manifesting the exact same problem that is being experienced by every tissue in the too cold body.

Edema in the extremities is seen as the muscular walls of the blood vessels seize up and can no longer maintain tone and the fluids leaks out of the pores in the vessels.

I look at many older patients, and some not so old, who are experiencing all the signs and symptoms of death in the extremities. They are dying in their extremities first, from the feet and hands up to legs to the torso. To touch their feet is just like touching an icy, stiff, dead corpse. The foot is deathly whitish blue and etched in blue/black blood vessels from devitalized, stagnant blood.

The overcooling of peripheral blood returning from cold legs and feet causes depression of the temperature in the vital organs with slowing of metabolic processes, particularly in the brain and medullary centers. Cotran R.S., Kumar V., Robbins S.L., Robbin’s Pathological Basis of Disease 4th ed. 1989 pp501. Death occurs when a vital organ reaches the point of being too cold.

Your physician can name your disease, he can call it cancer, he can draw your blood and show you everything that is wrong with it, but he is simply describing the process I have just outlined. When the core temperature of the body is cold every organ, gland, and tissue is affected and becomes hypo-functional or may even become hyper, as in the case of hyperthyroidism, in a last ditch effort to compensate for the hypothermic condition of the body. Share
Posted by Biologix Center

Thank you for the article. I still strongly believe, from my experiences, that not only heavy metal toxins, but also bacterial toxins lower your body temperature, leading to cold hands and feet and solidified muscles. My stiffness dramatically increased when trying to improve my muscles via Neuro Muscular Stimulation a la Terry Wahls, which I now believe is due to the fact that such stimulation released huge amounts of toxins from the muscle tissues into a body with clogged elimination pathways and without alternative removal (ionic footbath, coffee enema, activated charcoal etc) thus leaded to toxin redistribution.
What do you think about Ling’s hypothesis that low sodium, high potassium diet can reverse damage in tissues? (http://www.ncbi.nlm.nih.gov/pubmed/751080) My own experience is that when going dietarily salt free, my night time stiffness went from frightening to bearable.
Have you mapped the body circuits such that I could tell which organ would be troubled by which muscles are stiffest?

Hello Sophia, I have been a long-time proponent of the Gerson Therapy, which is what the Ling hypothesis is referring to here. The body circuits have been mapped and can be seen in this chart http://www.etouchforhealth.com/echarts_wc.html

Thank you for the reply:-)