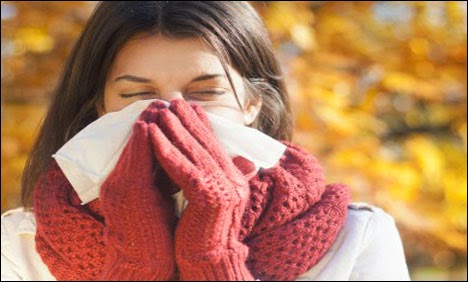 Do We Really Believe Flu Viruses Are Stronger in the Winter Time? Every year the pharmaceutical/medical mass media marketing begins in the Fall season and proceeds through late Spring in radio and television commercials, and parenting magazines, fear-mongering everyone into believing they must get flu shots.

When considering the fact that historically influenza viruses have killed many people throughout the last hundred years, it would seem justified to think we should be thankful for vaccines. The truth is that no virus or bacteria can replicate out of control and cause disease in an optimally healthy person of any age! (See Dr. Jernigan’s recommendations at the end of this article on how to reach optimum health.)

In a dominantly poorly functioning society of people who are loaded with environmental toxins and pesticide/herbicide/fungicide/preservative-laden foods, not to mention the deleterious effects of the average American taking an average of 12 pharmaceutical suppressive/symptom-masking medicines every year...medicines that are weakening the overall integrity and function of the body, it is no wonder when Fall, Winter, and Spring come the body is dragged even further down in its ability to resist microbes and virus!

The H1N1 and Swine flu fiasco is a great example of how the “powers-that-be” see the world population not as people, but as “sheeple” that can be led to do anything without question. I can't think of anything people do more blindly trusting than vaccines. Even many "naturally-inclined" people will readily submit their arm for a "free vaccination", with no proof of efficacy and no assurance that there is nothing in the vaccine that would be considered undesirable.

Thankfully Americans are getting wiser and only a third of our population submitted their body to the Swine Flu vaccine. In the end, the Swine flu virus was 40 times weaker than we were being told and the reported statistics of people affected were misrepresented by the WHO and our government since every person with flu-like symptoms and/or pneumonia was assumed to have Swine Flu, which was not the case.

On June 24th, 2013 the European Parliamentary Assembly criticized the lack of transparency and "grave shortcomings" in the decision-making processes relating to the pandemic, stating:
"The Parliamentary Assembly is alarmed about the way in which the H1N1 influenza pandemic has been handled, not only by the World Health Organization (WHO) but also by the competent health authorities at the level of the European Union and at national level. It is particularly troubled by some of the consequences of decisions taken and advice given leading to distortion of priorities of public health services across Europe, waste of large sums of public money and also unjustified scares and fears about health risks faced by the European public at large. The Assembly notes that grave shortcomings have been identified regarding the transparency of decision-making processes relating to the pandemic which have generated concerns about the possible influence of the pharmaceutical industry on some of the major decisions relating to the pandemic."

When the WHO (World Health Organization) finally released a list of its flu pandemic scientific advisors, it finally confirmed that at least five of the key players who influenced the phase six pandemic declaration indeed had financial ties to vaccine makers.
The reality is that EVERYTHING you read about how deadly or potentially harmful a flu or any other infection is projected to be is based upon the anticipated response in a DYSFUNCTIONAL population! No virus is more lethal in the colder months of the year! No bacteria are more lethal in the colder months of the year! It is your body being dragged down by the cold that sets up the situation for you to get sick. This year bypass the toxic, virally contaminated, fear-mongered, money-motivated vaccines and take these simple action steps to keep your body absolutely healthy all year-round.

Dr. Jernigan's Recommendations (Incorporate as many as you can of the following...even if all you can do is exercise, which is free, and buy the best quality food and supplements you can afford you will do better than most!)
• Find a natural/alternative medicine doctor who can help you improve the overall health of your entire body, structurally, chemically, and electromagnetically. Preferably a doctor trained in Biological Medicine.
• Practice good hygiene. Keep your fingers out of your mouth, nose, eyes, and ears. Wash your hands after touching high traffic areas such as escalator rails, door knobs, and taxi seats, or when shaking lots of hands. Use NanoDerm Lotion on your hands as it will form an undetectable barrier against any bacteria and virus. Purchase NanoDerm here http://hansacenter.com/shop
• Eliminate from your diet every food that is not prepared fresh and chemical-free, including chemical/hormone/antibiotic-drug-free meats. No processed and prepackaged foods and drinks.
• Exercise! This step is huge in its importance! Any exercise that will move every muscle everyday is good. For those who for any reason cannot get up the will to exercise, or for some health reason cannot exercise, I highly recommend Vibrational Platform Therapy, specifically the Power Plate Pro (Mercola.com). At this point there are several companies out there who are producing or selling similar machines, but our doctors have worked with the company we use and have had them provide us with a better motor than is available at this time on the open market. It is the proverbial “Buyer beware” when buying this type machine.
• Sunshine or the latest healthy and yes I mean HEALTHY, vitamin D promoting, Light therapy beds. I don’t call these particular beds “Tanning beds” since the point is not to get a Hawaiian tropic tan, but with the various colors of the lights in this bed it actually heals your skin and cranks up the Vitamin D. Used as directed these new beds are a must year-round, but especially during the colder months when the sun is further away from the earth. I recommend Dr. Mercola's tanning beds (no I don't make anything off the sale of these machines), which can be found at http://tanningbeds.mercola.com/ Naturally occurring Vitamin D produced by your own body, is infinitely better for you than ANY commercially produced nutritional supplement of Vitamin D! Naturally produced Vitamin D activates some of the most potent anti-cancer, antibacterial, and antiviral effects known to man! There is a great app for your smart phone called “D
Minder” that lets you know what the best time of each day is for you to get the best sunlight to produce Vit. D.
• Take frequency-matched botanical supplements like Virogen at the first possible symptom and if it still progresses then switch to Microbojen. Purchase Virogen and Microbojen at http://hansacenter.com/shop

• Diffuse therapeutic-grade essential oils in your house and workplace. These quality pure oils are naturally hypo-allergenic and kill many viruses, bacteria, and fungi ON CONTACT! They are very
health-promoting to all the tissues of the body. There are a few really good essential oil companies, however the one I have used for many years with consistent results is the Young Living Essential Oil company. For respiratory and antimicrobial help I recommend diffusing and applying topically on the
skin…the oil blends, R/C blend, Thieves blend, Citrus Fresh blend, Transformation blend, and ImmuPower blend.
• Live a balanced life…play as much as you work. Make the decision to be joyful inside of yourself even if you live or work in a negative environment. The immune system is supercharged every time we smile and laugh!


This article is for educational purposes. Before implementing any supplements/remedies always consult with your healthcare professional. Due to the complexity of the human condition there remains the possibility of symptoms getting worse. Again, discuss this protocol with your health care professional before beginning, and stop or get support if your condition worsens. This protocol is not intended to treat, cure, diagnose, or mitigate any disease or illness, and has not been evaluated by the FDA.
Share
Posted by Biologix Center