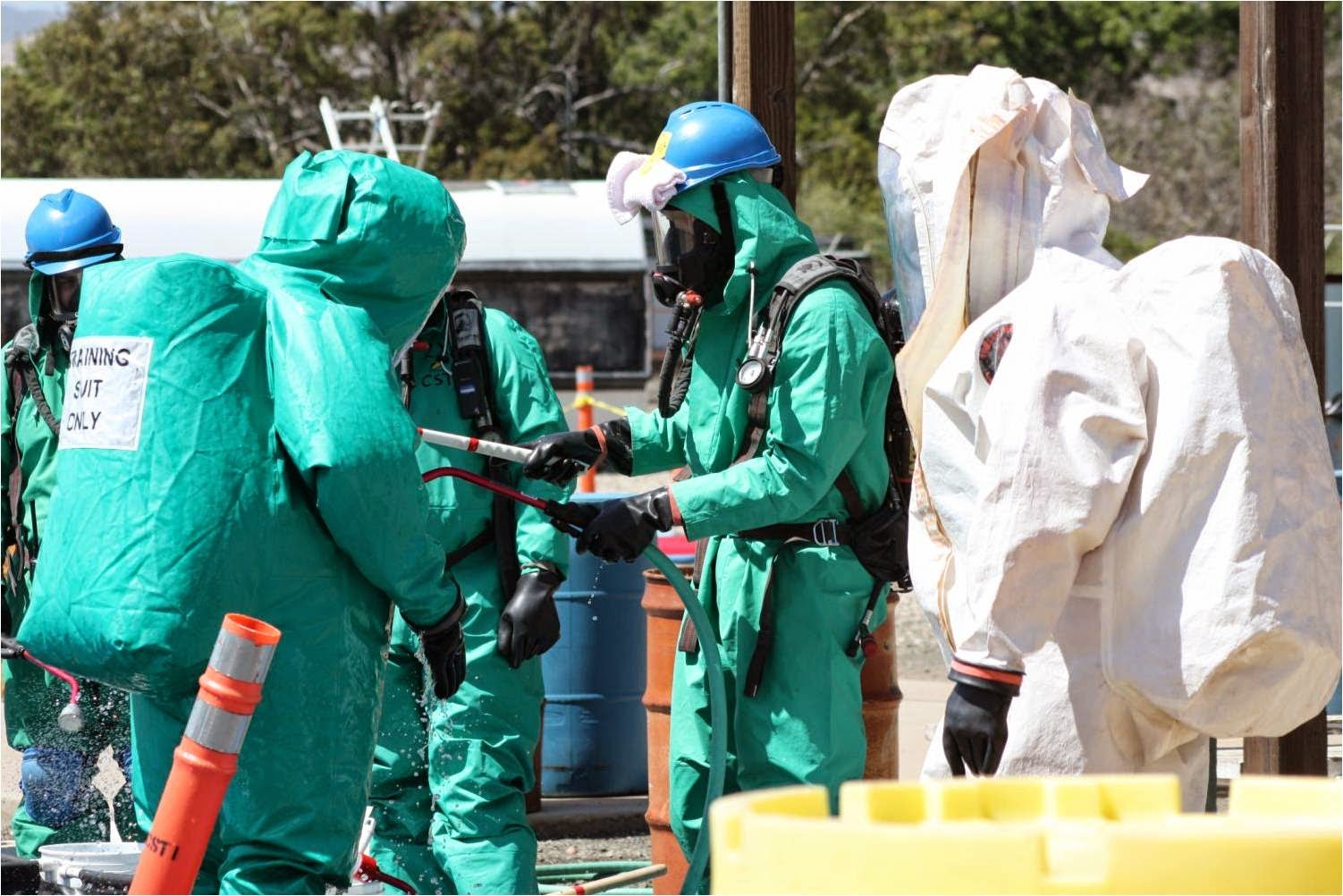 What is thinning the Human Herd? Every year approximately 1.5 million people are dying prematurely due to pharmaceutical reactions and what may be called environmental causes of death!
That adds up to 15 million men, women, and children every ten years! Imagine driving through New Mexico, West Virginia, Nebraska, Idaho, Maine, New Hampshire, Hawaii, Rhode Island, Montana, Delaware, South Dakota, Alaska, North Dakota, Vermont, and Wyoming and seeing no living human!
That is how many people die prematurely and unnecessarily in ten years time!

In the wilds of Alaska the wolves are apex predators and help to keep the deer populations in healthy numbers, thinning the herd. Mankind has no natural predators, so what is thinning 1.5 million of our herd?

What if mankind just continued to reproduce and reach unsustainable numbers on the planet? How many hospitals, policemen, prisons, and houses would we need if the population doubled in the next twenty years?

How much grain, fruits and vegetables, fish and livestock would be necessary to feed a population of this size?

The logistical nightmares of providing for the herd of mankind would be staggering.

In our livestock slaughterhouses we kill animals as ethically and painlessly as possible. We don’t torture them first and drag out their death. In the same thought process what if the human population were allowed to consume energetically dead foods and foods that are loaded with chemicals; and received medicines that didn’t really work to correct illness but only made it where the “human herd” could have short term benefits but die before their natural time, but without feeling any symptoms?

If the “powers that be” could thin the herd how could it be done with the least amount of suffering yet shorten the overall lifespan? What if the food market was flooded with 13,000 different chemicals that while ensuring beautiful and tasty foods that have a long shelf life, caused acceleration of cell aging and ultimately lead to diseases like cancer?

What if the food supply were genetically modified to create beautiful vegetables and yet when eaten the genetic modifications would target selected individuals whose genes would be altered thereby limiting reproduction?

What if laws were introduced that made it illegal to grow your own organic fruit and vegetables?

What if the powers that be has set up elaborate tests and marketed medicines that only suppress the symptoms of every disease so that the herd inevitably died faster, yet ethically with minimal symptoms? What if this has been justified by the system for so long that those delivering these medicines to the herd feel completely justified by their overwhelming reams of research seeming to prove the system correct.

What if vaccines could be produced and made mandatory, by law, which once introduced into the herd, the vaccines purposely altered the genetic expression of the person receiving it, and damaged the reproductive ability of select segments of the herd so that only the fittest and most desired gene pools survived?

What if the water supply and toothpaste could be poisoned with a known neurotoxin, fluoride, which would create the psychological condition of apathy throughout the herd, so that although millions were sick and dying prematurely, no one would really care enough to really do more than complain?

Of course this is not happening now, right? Nor am I suggesting it should be done.

Ebola virus infected people were not brought into the United States to create a mass hysteria that would lead to an outcry for everyone in the nation to become vaccinated with some new vaccine, conveniently concocted in the nick of time, but in time would be shown to actually cause more “unanticipated” reactions that killed millions.

It just makes one go “hmmm!” when viewed from the treatment room of doctors who are not part of the conventional system of medicine. “Oh Doctor, you sound like a conspiracy theorist!” I can hear the inevitable comments, and I just want to scream, “Wake up!”

Every single year over 783,936 people in the United States are dying from iatrogenic (doctor/medication) causes. Over 550,000 of the herd in the U.S. are dying prematurely from cancer every year! Illness is so prevalent now that it seems that many people now believe that illness is just part of normal life!

If this were the Iraq war or the result of ISIS, or any other war and we lost 1.5 million soldiers every year we would be crazed and screaming at the top of our voices for it to stop…and no one would be saying “conspiracy theory!”

Every hour of every day 120 real people in the United States are diagnosed with cancer. Every hour 60 people die from cancer. In the time it takes you to read this, 6-8 more people have died from cancer…a preventable illness, and largely lifestyle-induced illness!

Today one in every three women and one in two men will get some form of cancer, according to the medical literature and it is getting worse, so in 5-10 years almost three fourths of everyone you know who eats the “standard American diet” (SAD), and uses big pharma’s medicines, and fills their life with toxic home and personal care products, will get cancer.

So just in this one illness 33% of childbearing women in our country and 50% of men will die prematurely, either from the cancer or the ultimate damage from the treatments.

People, this is not just our lot in life… the World Health Organization calls the United States health care as one of the worst in the world. This terrible health is in spite of having the most doctors, the most healthcare technology, the most prescriptions used (an average of 12 symptom-focused prescriptions per person per year!)

Our children are coming down with what used to only be geriatric diseases! Couples either cannot conceive at all, or they have only one child after which they can’t seem to have anymore. Up to 30% of some ethnic populations already cannot conceive because of genetic manipulations from vaccines.

Please know that many of these things are indeed going on right now. The suffering is horrible and those who are suffering seem to be so glad to have drugs that suppress or mask the symptoms, as the true causes of the illness go unaddressed.

This is a call for doctors and people to break away from the herd and choose to really live and to truly be healed. Don’t give in to the marketing of energetically dead, genetically altered, and chemically poisoned foods. Save yourself and your offspring from all of it!

Find local organic farmers. Find doctors in your area who practice only natural healing. Throw away your toxic personal care products and toxic cleaners and replace them with nontoxic products.

Don’t trust the glitzy and highly technical scientific literature without asking if it is promoting true correction and not just suppression and fear of what might happen if you don’t submit to taking their toxic treatments.

Encourage your doctors to break free and get trained in Biological Medicine and read more books that help you learn to take care of yourself naturally so that you never need serious interventions.

Vaccines are very good when they are pure and uncontaminated. Some of the vaccines offered today are known to be contain up to 100 varieties of contaminating viruses, and things like HCG hormone, and the highly poisonous heavy metal, mercury.

We all have this inherent trust that everyone has our best interests at heart all the time. Do they? Look around at the herd! It is dying.

The herd is dying at an alarming rate, and that rate stands a good chance of greatly accelerating with this new threat of Ebola, so those opposed to this, who say this is all just conspiracy, will need to come up with their own conclusions as to why this is happening.

Whatever is coming...Ebola...or more of the same decline of our population, you need to get your body, mind, and spirit as healthy as possible. YOU are your best hope. YOU must stop polluting your body if you hope to live a better life than the present human herd. You must choose a more natural, yet scientific form of healthcare.


For over 20 years the Hansa Center for Optimum Health, in Wichita, Kansas has specialized in the restoration of health for people with previously unresponsive and chronic illnesses of virtually all types. Over 85% of people come from other states and countries. If you have done everything you and your doctor know to do and are still struggling, contact our wonderful Patient Care Coordinator, Kara, at patientcare@hansacenter.com, for information on the exciting new treatments we have developed at the Hansa Center for Optimum Health. For additional info, visit our website at www.HansaCenter.com.
Share
Posted by Biologix Center

So well said, Dr. Jernigan.. I agree...Stop the Insanity! Thanks for shedding even more light on what would appear to be an evil plan to get rid of us "pesky" humans..hmmmm.

22 years of Lyme Disease and a heart attack cured me of the SAD way of eating. I have been gmo free since 6/1/13 and am healthier than I have ever been - or at least since gmos, chemicals, dyes, preservatives and questionable ingredients have infiltrated our food supply. Keep up your valuable work! Thank you

This fails to mention humans are living longer. Disease and death have been happening before GMO's were ever here. Average life expectancy back in the early 1900's was only about 60 years old. I think you cherry picked all the negative information and neglected all other facts.

Hello "Anonymous", there are only a little more than 90,000 people in the U.S. who are over 100 years old, out of the more than 300 million people who live here. Of course, I "cherry picked my negative information!" I could have added more supporting info but my point was not to write a book. You cherry picked the fact that I mentioned GMO's and conveniently did not respond to the other "negatives" I used in the article. The truth is what it is, no matter how you try to minimize it. Next time have the courage to put your name so we can know whose head is in the sand.

I believe this generation is the first projected to live shorter lives than their parents....

Exactly! My daughter, born in 2001, has a shorter life expectancy than I do. Just sad!!!