Is the optimized human body more powerful than antibiotics? 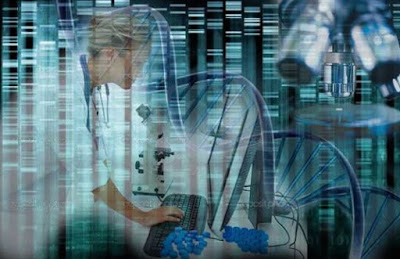 Is the optimized human body more powerful at keeping potentially disease causing bacteria under control than combinations of our best antibiotics? You might be convinced you know the answer. I will relieve your suspense. The body is the determining factor over getting a disease from bacteria, and the body is also ultimately better than antibiotics at keeping infectious bacteria from causing disease!

The National Institute of Health (NIH) is conducting research to map all of the various types of bacteria that live in healthy individuals. The research is called The Human Microbiome Project. The NIH researchers found, "that nearly everyone routinely carries pathogens, microorganisms known to cause illnesses. In healthy individuals, however, pathogens cause no disease; they simply coexist with their host and the rest of the human microbiome, the collection of all microorganisms living in the human body. Researchers must now figure out why some pathogens turn deadly and under what conditions, likely revising current concepts of how microorganisms cause disease." (emphasis added)

This might lead some people to point to the era before the invention of antibiotics and say that antibiotics definitely have saved lives, and that I am being irresponsible to suggest otherwise. So to be clear, I do believe there are times when antibiotics are necessary. The problem with antibiotics is they are becoming less and less effective, even on types of bacteria which used to be easily killed.

We see this same phenomenon in agriculture. Farmers are resorting to using GMO seeds because the weeds in their fields are no longer being killed by the weed-killer chemicals. It is requiring more and more weed-killer to kill them. So the genetically modified (GMO) seeds grow into crops that can withstand the huge amounts of weed killer chemicals necessary to keep the weeds from growing.*

It would seem that nature is attempting to tell us something. I believe nature is telling us that you either live in harmony with all things or you will suffer the consequences of our warfare, whether we are killing bacteria in your body, or the weeds in the fields. Nature will adapt and win ultimately.

That leaves us with the question, "What are we supposed to do if not antibiotics?" Bioinformatics and Bioenergetics is the next frontier. The following is just one example of why I am convinced that the human body truly is more powerful than antibiotics.

Otto Wolf, MD reports that the normal blood component, albumin, is six times stronger than penicillin at preventing the overgrowth of pathogenic bacteria. Interestingly, albumen mysteriously loses this ability when the person succumbs to illness. Peer-reviewed medical research states that, "Albumin has well‐established and important functions in health. Its kinetic and dynamic properties are significantly altered in the critically ill." Not only that but low blood albumin is an independent predictor of whether you come down with any disease.

Mainstream medicine tried to correct disease by giving patients albumin. It didn't work. Apparently the mechanistic view of the world doesn't work the same inside the human body. The power or "kinetic and dynamic properties" of albumen are not due to its molecular structure, but from the human "software" that is unique and dynamic, changeable, based on our overall health, or lack thereof in each person.

You are more than pieces and parts of a chemical machine. Your biochemistry can be programmed to perform different tasks by your body's own bioenergetic, bioinformation, and biocommunication systems. that programs the albumen to either work or not work, based upon the energetic encoding of the molecules.  I am fascinated by the energetic nature of the human body, something largely ignored by mainstream medicine. The bioinformation system of the body and the biocommunication system  is the new frontier in healing technology, and what drives our success at the Hansa Center through powerful innovations, such as BioResonance Scanning (BRS), NeuroCardial Sychronization (NCS) technique, and NeuroPhotonic Therapy (NPT), all developed here.

We would all agree that if we had something that was six times more powerful than one of our most powerful class of antibiotics, the penicillins, and if your body could be taught to return to being that powerful, it would be pretty significant. The trick is working at the level of the body's energetic software to restore not just the albumen, but all of the integrity of the body at the same time.

The mechanistic view of the human body is what got us through the dark ages to the present day. Now we are entering a new era in healing technology, one that works to restore the function and integrity of the entire human being, down to the glitches in its software.

*To be clear, Non-GMO foods that are not certified organic are still full of pesticide, herbicide, and fungicides. The real-deal GMO foods are even worse not only for the mixing of the DNA of various species, something forbidden in the Holy Bible, but also because the foods contain even more of the pesticides, herbicides, and fungicides, than the Non-GMO/Non-Organic foods.

This article is for educational purposes. Before implementing any supplements/remedies always consult with your healthcare professional. Due to the complexity of the human condition there remains the possibility of symptoms getting worse. Again, discuss this protocol with your health care professional before beginning, and stop or get support if your condition worsens. The information in this article is not intended to treat, cure, diagnose, or mitigate any disease or illness, and has not been evaluated by the FDA.
Share
Posted by Biologix Center