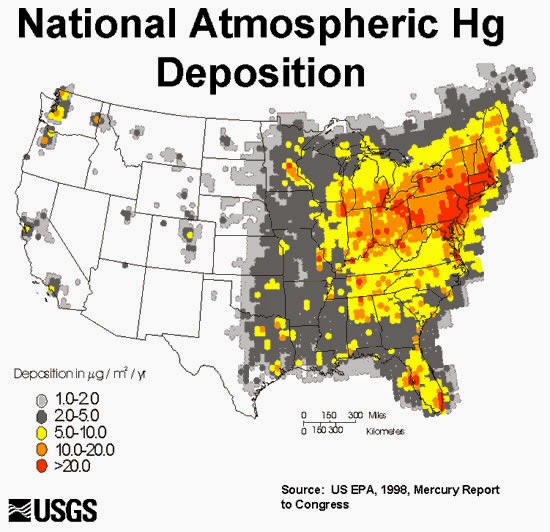 Heavy metals are one of the primary causes of low body temperature and immune system depression. Many microbes cannot be brought back under control until the heavy metals have been removed from the body. High and low-level infections can be ongoing for decades in spite of high dose antibiotics and intravenous antimicrobials when heavy metals are present. Heavy metals promote the over-acidic, low oxygen, low temperature environment which microbes thrive in.

The term heavy metals refers to the over-accumulation of many different types of metals in the fat cells, central nervous system (brain, brainstem, spinal cord), bones, glands, or hair. Heavy metals may include mercury, lead, cadmium, palladium, platinum, arsenic, and nickel, just to name a few.

Of interest concerning low body temperature are the metals palladium and platinum. Researchers from Notre Dame University and Wichita State University, in the most detailed study of its kind, found that the catalytic converters in automobiles are spewing out palladium and platinum in the exhaust fumes.[i] It is now understood that we are driving through an invisible cloud of these metals and are breathing them into our lungs; we are also potentially consuming them in our foods as these clouds of metal are known to deposit up to 150 feet on either side of the roadways. Crops, farm animals, and even your kitchen and home are constantly being poisoned by the fallout of these metals.

Interestingly, palladium is known as “The Depressive Metal,” since it is known to cause depression in people. It is also known to cause overcooling of the body. Now consider what maladies are plaguing most of America -- depression and low body temperature. Coincidence, or good science?

A story was published in a recent edition of Environmental Science and Technology, reporting that roadside platinum is an allergen that aggravates asthma sufferers and causes other respiratory difficulties.[ii] Platinum toxicity has also been associated with cancer and birth defects.[iii]
We must change the body’s internal environment so that it is not a happy home for microbes. Heavy metals play a large role in setting you up for chronic and repeated infections. The effects of all the various heavy metals cannot be addressed completely in this book, but you can see that the detoxification of the body is a an ongoing chore. We live in an incredibly toxic environment. Even when you seemingly live a healthy lifestyle, toxins will remain an issue.

The problem with most efforts to detoxify the body, especially in someone with a low body temperature, is the fact that many of these heavy metal toxins are deposited deep within the body tissues. These deep tissues are cold, rigid, and many times too solidified for even the most clever detoxification medicines and therapies to reach. This is difficult for many people to comprehend, but consider how a body with poor lymphatic fluid movement and poor circulation cannot effectively deliver the detoxifying medicines to the various areas of the body.

In order to effectively detoxify the body, it stands to reason that the doctor and healthcare team must address the low body temperature. Restoring the normal body temperature will then restore the normal liquid-fluid flow dynamics that would allow the detoxification medicines to reach and remove the metals and toxins.
Another primary source of heavy metal toxicity is the dental material, primarily mercury, used for the last 100+ years, which is used in many “silver amalgams.” These amalgam fillings were so controversial when first introduced in the late 1800’s that it split the only dental association of the time, the National Association of Dental Surgeons, into two groups. One group said no one should ever use mercury in the mouth because it is so very toxic and is known to leach out over time, poisoning the body. The other group of dentists liked how easy it was to work with and how inexpensive mercury amalgams were. In the 1800’s, gold was the otherwise preferred dental filling material. The two factions debated the issue until a new dental association was born, the American Dental Association (ADA), our present-day leading dental association, which you see approving most grocery store brand toothpastes. It was the ADA who approved of the mercury fillings, which became the norm of our society.

Of historical interest, the first use of the name “Quack” when referring to a questionable doctor was used to label these dentists using mercury, since mercury was then known as “Quacksilver.” Today it is estimated that millions of mercury amalgams are placed in teeth every year in the U.S. alone. One can only marvel at the power and influence various associations in our country have over our standard of living, especially when considering that doctors and dentists have been persecuted and prosecuted, sometimes losing their license to practice in the U.S., for attempting to spread the word about these issues and relieve suffering through the removal of amalgams. Recent legislation has been proposed to outlaw the use of mercury in amalgams.
Some countries, such as Sweden, have banned the use of mercury and will even pay up to 50% of the cost to have it removed from its citizens, stating that the cost of removal is cheaper than paying for the long-term chronic illnesses as the result of these amalgams.[iv]  (On a related dental note, many European countries do not allow the use of fluoride in water and toothpaste due to limited benefit and excessive health complications.)

Mercury is 1000 times more toxic than lead, while the methyl-mercury vapor coming off of fillings during chewing is 100 times more toxic than elemental mercury.
These “silver amalgams” actually contain up to 50% mercury by weight, 35% silver, 13% tin, 2% copper, and a trace amount of zinc.[v]
German research has shown that mercury from a pregnant mother’s amalgams are directly related to high levels of mercury in their fetuses.[vi] I have seen many toothless patients who use only dentures and are incredulous that they have heavy metal toxicity still from old amalgams long removed. The teeth were likely removed due to long-term degenerative changes in teeth that were full of amalgams, crowns, root canals, and bridges, all of which were releasing various metals into the bones and tissues of the jaws, and indeed the entire body. Dr. Stephan Edelson, M.D., medical director of the Environmental and Preventative Health Center of Atlanta, Georgia, explains that, “mercury vapor (methyl-mercury) is readily absorbed into the blood because of its solubility in blood lipids (fatty molecules). This process contributes to between 80 and 100% absorption through the lungs from which the mercury is then carried to virtually every tissue of the body, including the brain."[vii] Therefore, the burden all of those years of metals leaching from the teeth and from other sources are not relieved by simply removing the teeth. You must understand that it is no simple matter to detoxify the body of heavy metals.

Dear Dr Jernigan. I have 14 amalgams still in, some of them almost 40 years old. About six weeks ago my 24/7 herxes from Advanced Cell Training ebbed off after adding coffee enemas to my routine and I became hopeful and found a biological dentist in my area, thinking about starting to remove them. Now for the last week I have been miserable, my body temp is around 98.6 most of the time, which is experienced by my body as high fever, and I am not sure if it is a herx, if God answered my “reset body temp prayer,” or if it is the Neuro Antitox, which I started about 2 weeks ago pulling mercury from the teeth? I am terrified of getting the amalgams removed and adding to the toxic waste in my body as obviously my elimination is defect. I herx from anything: pepper, coconut oil, red beets, juvaplex and valor essential oils, Vitamin C…you get the picture. I was hoping that Neuro Antitox would help me prepare for the amalgam removal, now I’m scared again. I cannot afford to get any worse, I’m a single mom. What do you suggest an extremely toxic individual does to survive amalgam removal?

Nice blog.. Thanks for sharing such a useful information.
http://www.serenebodyworks.net/