Part 2: Recovering Your Strength During and After Chronic Illness: Exercise Intolerance 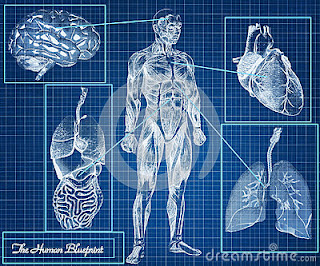 The following story is about a true case from the Hansa Center although the name has been changed.


Many years ago I was flown into another country to treat a young teenager named Mary, after I had tried several times to find a doctor near her who did anything remotely comparable to the treatments we use at Hansa. Mary had not been able to walk for the last six and half months, and had a myriad of other symptoms . She had only gotten worse, to the point of her mother pleading with me to come treat her, since they could not get her to Kansas.

In spite of the fact that Mary had not responded to any of her previous doctor's treatments, when I finished the first one hour treatment, where all I did was work to reset all of the organ circuits, I looked down at Mary as she lay on the borrowed massage table her mother had gotten for me to work on, and I said, “Okay Mary, I want you to stand up and walk across the room.”

To her credit she didn't question my request, although she had the deer in the headlights look in her eyes, as if thinking, “What do you mean? I can’t stand, much less walk!”

She had been lying on her back as I completed the treatment. With just a supporting hand I sat her up and amazingly she walked!  The mother who had been watching the whole process, cried and said, “It’s a healing of Biblical proportions!”

While this whole event was indeed amazing, especially since I never know how a person will respond to my treatments, and obviously not every lame person walks immediately, it proves just how effective it can be once all of  the body’s circuits are turned back on all in one treatment. Happily, Mary has been able to walk just fine ever since, now many years since this took place.

The only way to do this is through understanding how the body, mind, and spirit are all interconnected, how it all works, how everything that has gone wrong on a bio-circuit must be addressed in order to reset the body’s circuits. As far as I am aware, the only way to achieve this is through having the advanced-level training in Biological Medicine and having the unique testing and treatment abilities that BioResonance Scanning provides.

Healing is most often a process, more than an event. Our doctors, using BRS can get every single circuit in the body up and running at maximum integrity within the very first office visit. This is a feat that not many, if any other healing disciplines can achieve. It can never happen from simple symptom suppression, such as Tylenol to cover up the cause of pain, or heart medicine to force the body into some drug-induced illusion of normalcy.

When asked “How can you get these amazing results so quickly?” I respond with, “When the circuit in your house blows, how long does it take the lights to come back on once you have flipped the switch back on? It happens instantly!”

Each of the circuits of the body have an organ, gland, tooth, muscle, neurological pathway, and more that all share the same somewhat dedicated energetic circuit. The circuits are named by the organ on the circuit. If a problem arises in one or more of these tissues, the entire circuit blows, just like blowing the circuit in the kitchen in your house would not just affect the lights, but also the toaster, coffee pot and everything else on the kitchen electrical circuit.

The following chart is the most complete biocircuit chart to date. You will need to zoom in on it on your computer or smart phone to read it as it is in fine print. 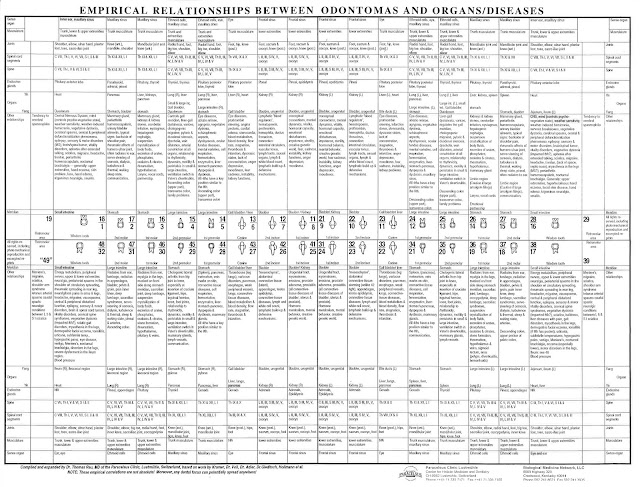 One of my favorite, and most simple ways to demonstrate these biological circuits of the body is also the most interactive and truly fascinating to watch and experience as a patient. We start by testing the integrity of the only part of the circuit that is easily testable, the muscle.

The doctor will isolate the muscle that sits on, for example, the same circuit with the kidneys, the psoas muscle in the leg. By positioning the leg in such a way so that you can only be using that one muscle as opposed to using a group of muscles, the doctor can apply pressure to the psoas muscle while the patient strives to resist. If all is well on the kidney circuit, the muscle should feel like it is instantly strong. If instead it feels mushy and weak, then we know something is either wrong with the muscle itself, or that there is something else on the circuit that is causing the muscle to be weak and is "blowing the circuit." Most often, unless there is a history of trauma to a muscle, the source of the problem is coming from somewhere else on the circuit.

To test where the problem is coming from, the doctor can have the patient place their hand over the organ on the circuit, in this case the kidney, and retest the strength and integrity of the psoas muscle. By placing the hand over the kidney we are using the hand like a jumper cable, putting more energy into the kidney, which temporarily eliminates it as a problem on the circuit. Essentially the thought is, If this organ was not a problem, would the muscle work?

If the weak, mushy psoas muscle gets instantly strong, then we know the circuit is being blown by a problem in the kidney. If however the muscle is still weak, then we know that the problem is coming from somewhere else on the circuit, such as the teeth that share that kidney circuit, the two upper and lower front teeth. So the doctor will have the patient remove their hand from the kidney and place a finger over each of the four teeth, testing the muscle strength after each placement. If placing the finger on one of these four teeth makes the muscle strength instantly strong, then we know that even in the absence of any known problem in the tooth, that there is indeed something arising from that tooth/root complex that is blowing the kidney circuit.

The doctor can, if the teeth are not the problem, continue to test each major component of the circuit until he finds the source of the problem. It is difficult to put into words, what is an amazing way to demonstrate how your body truly is set up on circuits. Of course, as you can imagine, this could take a long time in an office visit to test each and every circuit in this way. Thankfully we have developed sensitive testing that can dramatically speed up the testing process, not only identifying the source of the many blown circuits in the body, but what is the specific cause, such as infection, toxins, structural problems or other issues. After that we can determine what the body needs to enable it to correct the problem.

One can see how the information gained from this type testing is much more valuable in practicality and in getting fast results, than purely going off of blood test results. I have demonstrated this to M.D.'s, Ph.D.'s, D.O.'s, and other scientifically-minded individuals, who were often very skeptical. It is hard to deny what they see and feel as they themselves undergo this type of testing at my clinic. It must be understood that much of doctoring is guesswork, and this type of testing was developed over many years by multiple clinicians, to help them eliminate much of the guesswork and to ultimately facilitate their patient's body to be restored. In contrast, if a doctor doesn't do this type testing or similar, then they are stuck with basically treating the symptoms and essentially creating drug-induced illusions of health, instead of finding all the sources of dysfunction in the entire person and focusing their treatments and therapies on facilitating the body's ability to function perfectly on all levels.

When true health is restored to the entire body, then often instantaneous results happen, such as in the case with the young lady discussed at the beginning of this article. In most cases, turning on all the circuits starts the longer process of the body finally being able to start healing itself. Maintaining circuit integrity is vital, because until the body can overcome and eliminate the problems the circuits will continue to blow as things change, and the treatments on subsequent office visits will necessarily need be adjusted to the new but improved condition, the proverbial peeling of the layers on the onion.

Healing is a process. Just getting the circuits online again can often achieve phenomenal, virtually instantaneous improvements in muscle strength and endurance, yet it can take months and years of this type of work to get back to the level of physical strength and health that you desire.

All the vitamins, supplements, and treatments in the world should be seen as numbers in a combination lock for the bank vault door, behind which lies the wealth of your health. Unless you get the numbers in the correct order, you will never get the door to open. This is why most chronically ill people have a virtual pharmacy in their cupboards of supplements and remedies, often given to them by top natural doctors using all manner of muscle testing and computerized testing devices, all to no avail.

You can have the right numbers, (remedies) but in the wrong order, and the bank vault of your health will not open. To complicate things, some problems cannot be fixed with just supplements or medications. It requires the doctor to use the correct healing tools for the job.

The sicker you are, the longer you have been sick, the less likely it is that you will be able to heal at home on a generic protocol. The protocol may have many of the right numbers, but will not be everything you need, which is also why no two people are ever treated in the exact same manner at the Hansa Center.
Share
Posted by Biologix Center