The Dark Side of Taking Medications 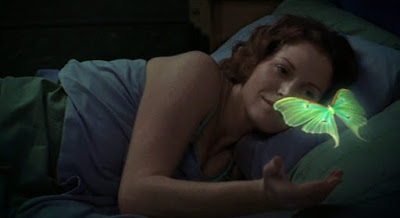 One of my “all-time” favorite newspaper cartoons pictured a doctor handing a patient a bottle of pills. The caption read, “Take one of these…and if you wake up in the morning, take another!”

All humor aside, I want to pass on a medical truth that very few doctors even realize, and if you realized what the drugs and remedies were doing, you too would think twice before choosing to take them for very long.

It is a Law of Pharmacology; Every natural and pharmaceutical medicine’s primary side-effect is also its primary action! In other words, symptoms a medication will fix, it will also cause, if the medication is taken for too long. Some readers of this article will say there is no research supporting this topic. This opinion could not be further from the truth. There are over 2200 pages covering more than 1200 medicinal substances in a Materia Medica, that represent the cumulative research of global researchers from the last 200+ years detailing the predicable effects of long-term use of each substance. There are over 2000 pages in the Physician's Desk Reference with the known effects of over 1100 medications.

Before you read on, I want to be clear. This article is not about being anti-pharmaceutical or anti-natural medicine. It is about being aware that when you are taking either form of treatment there is a very predictable outcome, that can be contributing or directly causing the worsening or the perpetuation of your symptoms.

The facts presented here do not dispute the fact that your remedy/medication of choice is possibly saving your life, or increasing the quality of your life. It is simply saying that often if your symptoms return or your medication stops working, it may be due to this phenomenon. It is often at this point that your doctor must change your medication to avoid the predictable long-term effects described in this article.

The longer you take a medicine, the more symptoms will begin to appear as a result of the "proving of the medicine," even if you only took the medicine at a low dosage.

The word, "Proving" in this medical context, is a homeopathic medicine term. For over 200 years, in order to determine what a new medicine will treat, researchers give repeated doses of the homeopathic medicine to healthy research volunteers, and document very carefully what signs and symptoms begin happening as a result of taking too much of the medicine.

By "proving" a remedy in this way they know that the symptoms that the medicine will cause in a healthy person, it will fix in a sick person with those same symptoms.

However, if the sick person were to take the medicine too long, or take too large a dosage, they will also "prove" the remedy, and the symptoms that were initially corrected by the medicine will return along with more drug-specific symptoms, which were caused by the scope of that particular medicine's actions on the body. (Of course, there are direct chemical toxicity, and allergic reactions that can be causing symptoms as well, however I am discussing the completely separate issue of pharmacology, called pharmacological proving of medication.)

If you listen to the television commercials about various drugs they will tell you at the end of the commercial that the primary side-effect of the antidepressants, Prozac, Lexapro, Celexa, and others is depression, severe depression, and suicidal tendencies...the worst type of depression.

All insomnia medications, such as Lunesta, Ambien, and others, have increased sleeplessness as their primary side-effect from taking it too long.

The anti-seizure medication, Neurotin and others, have increased seizures listed as their primary side-effect from taking it too long.

The most common pain-reliever, Hydrocodone, has increased pain as one of its primary side-effects.

On the natural medicine side of things:
The homeopathic remedy Rhus Toxicodendron is fantastic for helping the body correct skin rashes,  and joint pain, but if taken too long or in too high of a dosage it can cause skin rashes and joint pain.

Echinacea is a popular remedy for helping the body quickly get over the flu, yet if taken too long it will cause flu-like symptoms.

The truth is that even if a medication is perfect for “curing” what is wrong with you, as it is fixing things in the body eventually you reach the point where the correction is complete and you should discontinue the medicine. So many people think if their symptoms are getting worse, that they need to take more of their medication. Very often these people go from bad to worse by increasing their dosage.

If you continue the remedy beyond the point of it being needed by your body, you literally go through the correction and out the other side, "Proving the drug." You will start manifesting an drug-induced, energetic “computer virus,” that causes many of the same symptoms again.

If pharmaceuticals were a real solution to health problems you wouldn't need to take them forever...risking the very predictable "side-effects" of having taken the drug too long. Say no to drug-induced illusions of health.

One of the little known facts about this Law of Pharmacology is that often these drug-induced symptoms from Proving the drug, often remain even after discontinuing the drug. These symptoms are truly a drug-induced computer virus in the software of the body. The only known way to help correct these computer viruses in the body is through Tautopathic remedies, which I will be addressing in my next article.

True healing never seeks to mask symptoms, since that would defeat the whole point of...truly healing.

The doctors at the Hansa Center for Optimum health are able to dynamically test to see if you still need to be taking whatever remedy or supplement we recommended, and will take you off of it as soon as your body has reached its optimum benefit from the remedy. Remember, if you must continue taking a drug or even a natural remedy forever in order to feel good, then it is not reaching the cause of the symptoms. If you can identify and reach the level of cause, then you should be able to discontinue the remedy when the cause has been eliminated.

Of course, there are exceptions, such as bio-identical substances, including insulin and hormone replacements, which do not fall within this law of pharmacy since they are naturally occurring substances in the body. Symptom-suppressing medications can also be necessary when the body has been damaged beyond repair and they are only option left for the person. In an ideal world, symptom-suppressing medications would be only used as a last resort. However that is not how our medical system is set up philosophically, nor could the doctors in mainstream medicine spend the time with each patient that it takes to really dig down and determine the causes, and work with the body to facilitate its ability to heal itself, not to mention the time it takes to counsel their patient on leading a health-promoting life.

In order to help the most people in the shortest time, and as "economically" as possible, it is much more efficient to do labs and test that simply put a name to the illness, and run the drug-recipe someone else determined is best for a generic person with that named illness. Still there are times when the damage caused by surgeries, invasive interventions, traumatic injuries, and damage from chemical/microbial toxins may be too much for anyone to repair, so prescription meds may be all that is left to just manage the symptoms.

The point of this article is not to demonize natural or prescription meds, but to help people recognized the potential for a worsening of their symptoms from this Law of Pharmacology; taking the same medication for months to years. Your worsened symptoms can often dramatically improve if your doctor switches you to a different med. He may have other Rx choices that would work better for a while.

Every chronic illness started on its path to becoming chronic by the initial actions of your doctor. Choose your doctors wisely!

***Please seek the advise of your physician before discontinuing any pharmaceutical. Severe and life-threatening withdrawal effects are associated with suddenly discontinuing many medications.

The ideal doctor is not a specialist in diseases, but one who understands disease, yet specializes in restoring what is optimum.

*Due to the exhaustive time spent per day with each patient, and poor repayment history of insurance companies, we unfortunately cannot accept insurance assignment. We do participate in Care Credit, and accept all major credit cards. We also have scholarships through a 501c3 charitable foundation for those people with chronic illness who are in financial distress. Please call 316-686-5900 ext. 1, for current pricing for our economically-priced, All-inclusive 2-3 weeks intensive packages of care.